The main component of the summer program is an active participation in the selected Science research project offered by the staff members of the Nicolaus Copernicus University, please see the topics and their descriptions below. Interested students are welcome to contact possible advisors for more details concerning the foreseen projects and discuss the dates that the project could be undertaken.

Polarimetry of stars with circumstellar disks


The project aim is to study polarimetrically a sample of stars with known circumstellar disks (protoplanetary disks, debris disks, etc.) by using the two Savart plates. The Savart plates are mounted on the filter wheel integrated with the CCD SBIG camera STL 11000M on the 0.9-m Schmidt-Cassegrain telescope (TSC90). For much brighter targets, it is also possible to use the same Savart plates, and CCD camera mounted on 20-cm telescope (T20). The telescopes are located in the Institute of Astronomy of the Nicolaus Copernicus University, 15 km to the North from Toruń.
The main objective is to determine polarization degree (PD) and polarization angle (PA) for sample stars. It is expected that the stars show higher PD due to the fact that circumstellar dust scatters incident light from the host star and generates non-zero polarization of that light. The target sample was selected from the catalogue of stars with circumstellar disks (https://www.circumstellardisks.org) based on their visibility on the sky, distance and magnitude range (4 < R < 15 mag). In addition, the stars present a broad range of spectral types (B-K). All of this allows comparing the observational parameters with the literature data. Moreover, the applicant will develop polarimetric data reduction and calibration algorithms and analyse the influence of the interstellar medium (ISM) towards the stars on the observed PD of the star's light.
The successful applicant will perform photopolarimetric observations, data analysis and calibration of the instrument. The calibration will be based on the observations of zero polarized and highly polarized standard stars. During the project, the scientific data will be taken and analysed with use of the delivered calibration parameters. Interest in optical observations, data processing and good programming skills are required.


The purpose of this project is to setup software of a four-axis stepper drive controller for CNC machines (including 3D printers) cooperating with an external terminal in the form of a PC. The built CNC controller will be tested to verify the quality of its work. The controller will be based on the BeagleBone Black (BBB) board, which, together with a dedicated expansion module, will have a CLK/DIR interface for stepper motors drives, as well as discrete inputs / outputs and an analog output (for controlling the machine tool). The Machinekit software will be installed in the CNC controller. Data exchange between the PC and the CNC controller will take place via the Ethernet bus. The student will test various stepper motor drivers (Pololu drives) with various microstepping configurations. The aim of the research is to show at what settings and for which drivers the "salmon skin" effect occurs for 3D printing, which affects the quality of 3D printing.


Process mining is an emerging field that focuses on better understanding of business processes. Companies store detailed log files that are difficult to analyze without specialized methods. Process mining uses real-time data to recognize bottlenecks, reduce unnecessary steps, and present factual insights. The aim of the project will be to test the new approach to process mining by perform experiments on publicly available data. Good programming skills are required. We will provide tutorials on relevant topics at the beginning of the project.

Convergence analysis of epsilon-ResNet and its variants


Residual networks (ResNets) have recently achieved state-of-the-art on challenging computer vision tasks. Their main advantage is that they allow training of extremely deep networks by using identity shortcut connections that enable flow of information across layers without attenuation that would be caused by multiple stacked non-linear transformations. Taking advantage of its powerful representational ability, the performance of many computer vision applications other than image classification have been boosted, such as object detection and face recognition.
The aim of the project will be to perform experiments on a special class of residual networks called epsilon-ResNet. Initial study shows that such networks can learn faster than standard ResNet and conventional neural networks for a wide range of datasets across different domains. The main goal is to study the convergence and characterization of fixed points of this network. Good programming skills are required. We will provide tutorials on relevant topics at the beginning of the project.


In interpreting astronomic data such as rotational transitions between molecular states, the key role is to know how they collide with omnipresent background gas in the interstellar space, helium and hydrogen. Such data as cross-sections and collision rates are later used to deduce the pieces of information about the environment in which molecules exist. The advent of the new era in exploring the molecular Universe will begin with launching the James Webb Space Telescope. However, the production of the data for the astrochemical application is a daunting task. One should start with calculations of interaction potentials between hydrogen and a given molecule, which will be the main topic of this project. In 2016 the group of Prof. Szalewicz introduced the calculation of interaction potentials in a fully automated way, which used artificial intelligence (referred to as AutoPES). We want to explore it further and use Bayesian inference to predict the interaction energy components (electrostatic, exchange, dispersion) based on known data, such as isolated monomers' properties. Such a method might help even further to reduce the cost of calculations of potentials. To this end we will try to find correlation between electrostatic energy and interaction energy and if such correlation exists, build a machine-learning model based on data collected in AutoPES run.
Apart from astrochemistry, the method is immediately applicable for many other chemical problems, like crystal structure prediction. Nonetheless, the main focus of this internship are small systems of molecules interacting with helium and H2 molecules. Such example molecule is for example CH3-CN (methyl cyanide) which is of extreme importance in astrochemistry. However, first we will start with simple dimers of noble gases interacting among themselves.
The project will consist of two steps: first - the collection of data for the interaction of example molecule with helium, and interaction of noble gases. This step will take about 2 weeks. The SAPT 2020 package will be used for this purpose. Next two weeks, we will spend on the prediction of interaction energy using PyMC3 package using perturbation theory components.
This project is strongly interdisciplinary; it connects astronomy, physics, chemistry and computer science.

“Thin” and “thick” silver nanowires for applications in nanooptics

The main objective of this project is to investigate optical properties of thin (D<100 nm) and thick silver nanowires, especially their ability to localize electromagnetic fields and guide sufrace plasmon polaritons of different modal configuration. Nanowires of well known properties will be used for remote controlling of single quantum nanoemitters localized on opposite nanowire end.

The ab initio density functional theory (DFT) provides one of the most effective tools to develop new forms of exchange-correlation (XC) functionals and potentials within the Kohn-Sham (KS) DFT (KS-DFT) framework. One of the most problematic points in ab initio DFT is the solution of integral Fredhold equation of I kind which one needs to solve to get the local XC potential for a given orbital-dependent functional within, so-called, optimized effective potential method (OEP). Unfortunately, a fully numerical solution is only possible for small systems which exhibit high symmetry i.e. spherical. For general applications, one needs to solve OEP equations using the projection method, where both potential and density-density response matrix are spanned in an M-dimensional auxiliary basis set. This turns the solution of OEP equation into the algebraic problem which may be solved, at the first glance, much easier. Sadly, this transformation rises much more questions than it answers. For example, how to choose the auxiliary basis set to be sure that it spans the response matrix and XC potential properly. Improper selection of auxiliary basis set leads to the unphysical oscillatory behaviour of XC potential in the inner-valence and core regions which might cause a problem with convergence of OEP equation.
During the summer project, we would like to tackle this problem. We will implement and employ in the real-life calculations the full basis set optimization technique initially developed in 2003 by Wu and Yang. This will allow to optimize almost “in the fly” the auxiliary basis set removing many deficiencies of the standard approach.
If you are interested and want to try yourself in the quantum chemistry methods realm apply for this project. Knowledge of Linux, python, and some machine learning techniques will be more than welcome.

How accurate the ab initio DFT can be for the description of noncovalent interaction?


The accurate description of noncovalent interactions (NCI) plays an important role in many areas of science e.g. biology, chemistry, and physics. Usually, the interaction energies for these species are calculated using coupled-cluster singles and doubles with the perturbative triples method [CCSD(T)]. Although the accuracy of the CCSD(T) results is high (considered as a reference in many cases) the computational cost of the method (scaling as N7, where N – is the number of electrons) becomes a real bottleneck in many applications, especially for large molecular systems. In Chem. Phys. Lett. 405, 43 (2005) is was shown that ab initio DFT methods are able to provide a relatively good description of NCI at a much lower computational cost.
This general conclusion was based only on a few simple exemplary cases. Thus, within this project, we would like to make some broader assessment of ab initio DFT methods such as OEP2-sc and OEP2-SOS on the standard benchmarks set available in the literature. We will also investigate also several theoretical aspects related to ab inito DFT method e.g. the role of single excited term or different scaling schemes in OEP2-SOS method.

If you are interested and want to try yourself in the quantum chemistry methods realm apply for this project. Knowledge of Linux, python, and some machine learning techniques will be more than welcome. 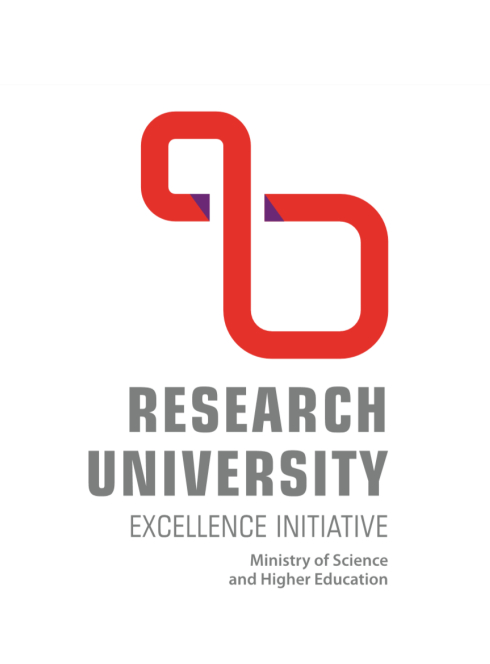 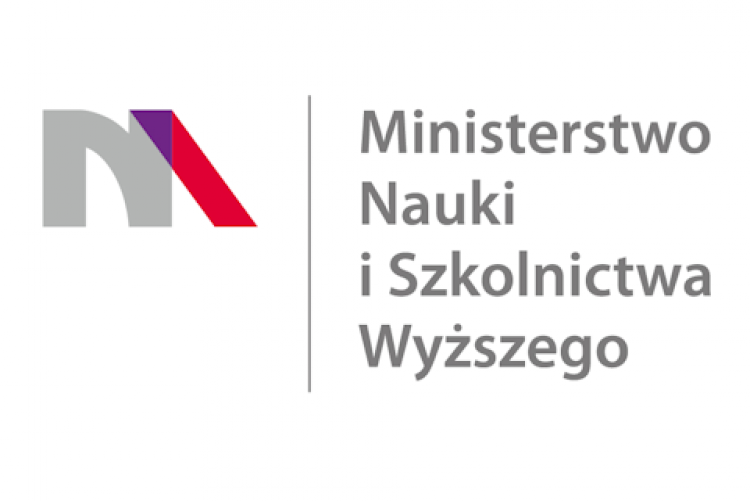